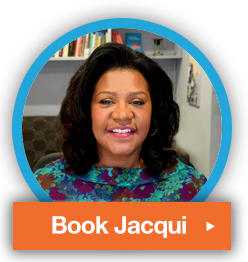 Jacqui is a visiting professor at INSEAD – the number one global business school (Financial Times, 2017) where she teaches Executive Presence to MBA students and executives.

As a TV news anchor Jacqui has presented several news programmes for BBC TV, Sky News and ITV and a chat show on BBC 2.
Her presenting experience gives her many practical insights and skills to share with business leaders needing high grade communication skills at conferences, board presentations, media interviews and stakeholder events.

Through her company, CRYSTAL BUSINESS COACHING, she has been transforming Executive Presentations for over fifteen years and her clients include many CEOs of global corporations and senior staff at The Foreign Office.

Jacqui has a passion for writing. It started as a business reporter for the Oakland Tribune in California. She has written a business book called The Professional’s Guide to Presentations. She is currently writing a new book on Executive Presence.

Jacqui is married to Peter, a lawyer, and they have two gorgeous kids who are at school. Jacqui’s free time is spent walking in The Yorkshire Dales. 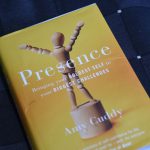 Can Amy Cuddy’s new book on Presence live up to the global success of her TED Talk?

February 29, 2016 4:43 pm Published by Jacqui Harper MBE Comments Off on Can Amy Cuddy’s new book on Presence live up to the global success of her TED Talk?

Executive Coach, Jacqui Harper, finds out. It was always going to be a tough call to follow Amy’s 2012 TED Talk: it’s had over 30 million views. Why? A lot of it is to do with the Harvard Business…

What I Learnt From Strictly Dancers Ian and Natalie

February 27, 2015 10:55 am Published by Jacqui Harper MBE Comments Off on What I Learnt From Strictly Dancers Ian and Natalie

I recently hosted a fundraiser for my son’s school, The Grammar School at Leeds or GSAL. It featured two of the stars of Strictly Come Dancing – Natalie Lowe and Ian Waite. In between exquisite dances I interviewed… 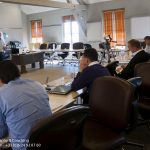 June 13, 2014 10:02 am Published by Jacqui Harper MBE Comments Off on Top 10 Tips for Powerful Presentations

1. Start by identifying the purpose of the presentation for your audience The key thing to ask yourself is ‘what’s in it for the audience?

At the beginning of Spring Jacqui Harper travelled to INSEAD Business School in Paris wondering what the week had in store … It wasn’t a promising start: sleet lashed me as I descended the stairs of the aircraft.… 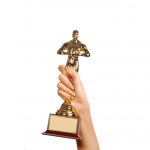 And The Award For Best Oscar Speech Goes To…

March 3, 2014 8:50 am Published by Jacqui Harper MBE Comments Off on And The Award For Best Oscar Speech Goes To…

Public speaking expert Jacqui Harper analyses what makes a winning speech. Speeches are never easy but OSCAR night is especially hard. Four billion eyes around the world are watching. The clock counts down from 45 seconds as soon…

How To Give An Awards Speech

February 24, 2014 9:00 am Published by Jacqui Harper MBE Comments Off on How To Give An Awards Speech

Tips For Oscar Nominees – And The Rest Of Us! CONGRATULATIONS to British director Steve McQueen for ending his speech so powerfully at the recent British Academy Film Awards (BAFTAs). His scorching reminder that slavery is still an…